Rhino can create, edit, analyze, document, render, animate, and translate NURBS* curves, surfaces, and solids, point clouds, and polygon meshes. There are no limits on complexity, degree, or size beyond those of your hardware.

Rhino 6 adds dozens of refinements to existing tools and some new commands.

Editing complex models in Rhino 6 is fast and easy.

Grasshopper included, Quick renderings, New display engine,  Fast Make2D, Enhanced drafting… more
The Rhino 6 development process started with the overriding goal to remove as many of your workflow bottlenecks as possible, in addition to making thousands of large and small improvements. That meant making Rhino faster and able to handle much larger models and project teams.

Thanks to thousands of pre‑release users, we were able to field test and refine Rhino 6, making it the fastest and most stable version ever.

In Rhino 6 for Windows, we’ve fully embraced Grasshopper – the wildly popular visual programming language – by “baking it in.” Grasshopper is no longer beta; it’s a stable development environment. We’ve also rewritten some features and renovated workflows that needed fundamental overhauls to make them truly productive. These are the highlights…

The long beta period is over: Grasshopper, the world’s most beautiful programming language, is now a full-fledged part of Rhino. Used in some of the most ambitious design projects of the past decade, Grasshopper, like Rhino, has become a robust development platform. Grasshopper provides the solid foundation for many incredible third-party components ranging from environmental analysis to robotic control.

Presentation is key: during nearly every phase of design, you need to communicate, getting “buy-in” from clients, customers, collaborators, or the public at large. We’ve improved Rhino with the aim of helping you present your work: be it “quick and dirty” or “high-res glossy.” With major changes to Rendering, Materials, or just plain capturing the viewport, it’s now easier and faster to present, discuss, make decisions, and iterate.

Rhino’s new display pipeline is faster, more stable, and uses features found on modern graphics hardware, like GPU sensitive shaders and memory optimizations. This results in fewer GPU-specific display glitches and more consistent, beautiful, and frequent frames, even with large models. In some conditions, display speed can be up to 300% faster.

Modeling is just one part of the design process; you also need to show how to build what is on the screen. We’ve refined many parts of the documentation workflow, from a completely reworked annotation-style interface, to better DWG support, and RichText throughout. It’s now easier to convey accurately and clearly the what and the how of your design.

Small quirks add up to painful paper cuts over the course of a prolonged modeling session. In Rhino 6, we’ve fixed hundreds of minor bugs and consolidated disparate – but similar – features into single commands, making Rhino much more refined.

Rhino is more than just a modeler. With a rich ecosystem of plugins and an open set of development tools, Rhino is quickly becoming the development platform for those seeking to push the envelope of design. Rhino 6 brings major improvements to our free SDKs, with API refinements, better documentation, and more access to Rhino commands from Grasshopper.

We’re constantly improving Rhino. Rhino 6 users have access to the Serengeti community and our Work-In-Progress (WIP) builds. The WIP builds are where we are developing future features like SubD support, Grasshopper 2, a new real-time rendering engine, and much more.

We are proud to offer international shipping services that currently operate in over 200 countries and islands world wide. Nothing means more to us than bringing our customers great value and service. We will continue to grow to meet the needs of all our customers, delivering a service beyond all expectation anywhere in the world.

How do you ship packages?

Packages from our warehouse in China will be shipped by ePacket or EMS depending on the weight and size of the product. Packages shipped from our US warehouse are shipped through USPS.

Do you ship worldwide?

Yes. We provide free shipping to over 200 countries around the world. However, there are some locations we are unable to ship to. If you happen to be located in one of those countries we will contact you.

We are not responsible for any custom fees once the items have shipped. By purchasing our products, you consent that one or more packages may be shipped to you and may get custom fees when they arrive to your country.

How long does shipping take?

Shipping time varies by location. These are our estimates:
*This doesn’t include our 2-5 day processing time.

Do you provide tracking information?

Yes, you will receive an email once your order ships that contains your tracking information. If you haven’t received tracking info within 5 days, please contact us.

My tracking says “no information available at the moment”.

Will my items be sent in one package?

For logistical reasons, items in the same purchase will sometimes be sent in separate packages, even if you've specified combined shipping.

If you have any other questions, please contact us and we will do our best to help you out.

All orders can be cancelled until they are shipped. If your order has been paid and you need to make a change or cancel an order, you must contact us within 12 hours. Once the packaging and shipping process has started, it can no longer be cancelled.

Your satisfaction is our #1 priority. Therefore, you can request a refund or reshipment for ordered products if:

We do not issue the refund if:

*You can submit refund requests within 15 days after the guaranteed period for delivery (45 days) has expired. You can do it by sending a message on Contact Us page

If you are approved for a refund, then your refund will be processed, and a credit will automatically be applied to your credit card or original method of payment, within 14 days.

If for any reason you would like to exchange your product, perhaps for a different size in clothing. You must contact us first and we will guide you through the steps.

Please do not send your purchase back to us unless we authorise you to do so. 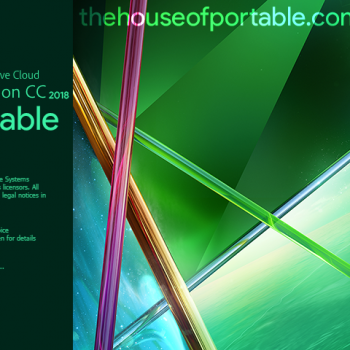